The World championship match between the reigning champion, Magnus Carlsen and his challenger Fabiano Caruana, disputed between November 9th-28th in London, established an undesired record: all games at normal (classical) time rate ended in draws! But this was only part of the reasons for the numerous critical comments, issued by amateurs, specialists and even such outstanding authorities as the former World champions Garry Kasparov and Vladimir Kramnik. Instead of the spectacle all had been hoping for, most of the games were really dry and poor in content.
This is partly excusable, of course, in matches lasting several months (the extreme being the 48 game match between Karpov and Kasparov, back in 1984/85) but less so when the events is scheduled for 12 games only. The most disappointing moment was the final position of the last game, when Carlsen offered a draw in a position where he could have played on completely without risk.

During the previous phase Carlsen had missed a couple of favourable moments to open the queenside and start a dangerous attack, preferring to… consolidate his position with …a7–a5. But even now Black has all the reasons to play.
Caruana planned to transfer his knight to g5.
32.Nh3
Carlsen indicated the following line to justify his decision: 32.Bd4 Bxd4 (Actually Black has 32…Nd3! when White’s pieces are geometrically aligned on the knight’s trajectory. After 33.Qb6 Qxb6 34.Bxb6 Nb4 35.Rcc1 a3 36.b3 Bb2 Black wins the exchange.) 33.Rxd4 Qa5 (Actually Black has the stronger 33…Qg7! with similar play as in the line given below.) 34.Qxa5 Rxa5 35.Nd1 b5 36.cxb5 Bxb5 37.Bxb5 Rxb5 38.Nc3 Ra5 39.Rb4 One gets the feeling that Carlsen tried to convince himself that the position was deadly drawn. 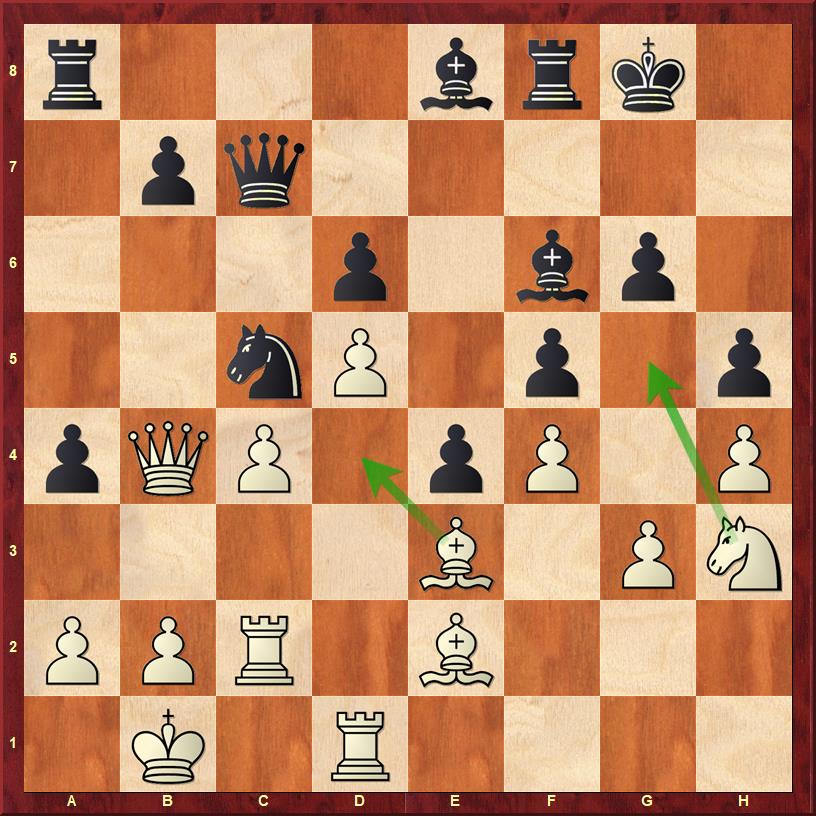 To a certain extent, Carlsen’s attitude was the same as during the 12th game of his previous World title match with Karjakin, disputed two years ago. On that occasion Carlsen had the white pieces and from an early phase he headed for simplifications and a draw, which was agreed right when rules allowed it, after 30 moves. On that occasion his strategy had some logic. Instead of trying to break Karjakin’s Berlin Defence, he kept his forces for the rapid play-off, where he started as a favourite.
This year the difference was that, even though the initial plan of winning the match in the rapid games looked reasonable, Carlsen had obtained a big advantage in the last game, both on the board and on the clock. I doubt that we can find a similar case of “over-cautiousness” in the matches of the great champions from the past.
And yet, Carlsen offered us a feeble consolation during the last rapid game.

Carlsen had won the first two rapid games and he only needed a draw to keep his title. Instead of his usual Petroff Defence Caruana chose the Taimanov Paulsen Sicilian, leading to an interesting middlegame. But things did not go his way and in the position below White’s queenside pawns are more dangerous than the hypothetic threats created by the queen and knight against the white king.

Any cookies that may not be particularly necessary for the website to function and is used specifically to collect user personal data via analytics, ads, other embedded contents are termed as non-necessary cookies. It is mandatory to procure user consent prior to running these cookies on your website.